Artifacts Gallery - Godfather
One in Stock

Godfather
One in Stock 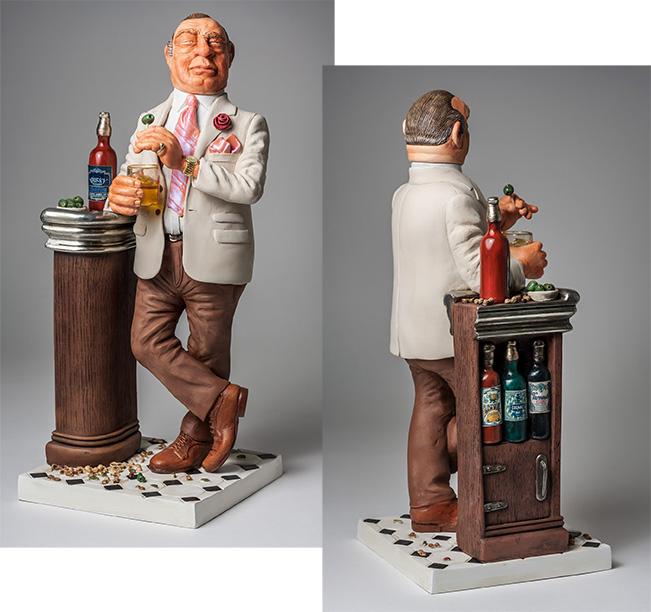 "The Godfather" by Guillermo Forchino

It was eleven o’clock at night. Soft background music wafted through the stale air of the Cosa Nostra nightclub. A federal agent entered the venue and asked for a certain Vito Calabria. The pianist nodded his head towards the only fellow in the bar, a man leaning against the counter. The agent cautiously approached the subject and asked if he was the person he was looking for. Impassively, the customer grabbed the glass of whiskey that Marilyn the bar waitress had served him, took a sip, looked his interlocutor up and down, took another sip and said: “I’m just a businessman, nothing else. Is there a problem?” Then, he pierced a toothpick through an olive, raised it to his mouth and with a smile on his lips, he watched as a bead of sweat gently dripped down the inspector’s forehead. 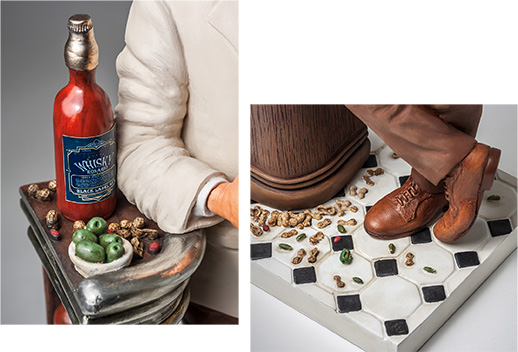